Sacha Jenkins, a native New Yorker, came of age in the throes of the cultural phenomenon of hip-hop. In his teens, Jenkins published his first magazine—Graphic Scenes & X-Plicit Language (a ‘zine about the graffiti subculture). By age 20, Jenkins would co-found Beat Down, the first-ever hip hop newspaper. Jenkins went on to spend several years at Vibe magazine, serving as both staff writer and music editor; there he would pen seminal articles on artists like Sean “Puffy” Combs, Juvenile and Bone Thugz N Harmony.

In 1994, Jenkins would co-found music journal ego trip. ego trip would go on to produce two books—ego trip’s Book of Rap Lists (St. Martin’s Press) and ego trip’s Big Book of Racism (Reagan Books). In 2000, Jenkins was awarded a fellowship to the Graduate School of Journalism at Columbia University (The National Arts Journalism Program). It was Jenkins’ rich knowledge of the history of New York subway graffiti that would deliver him to the Ivy League. Jenkins knew that there was a need for arts journalists who can write about the ever-evolving worlds of “graffiti” and “street art” from a native’s perspective.

Jenkins has built his strong reputation as a creative working as a television producer, via shows like Cartoon Network’s The Boondocks (creative consultant/writer), Vh1’s The White Rapper Show (executive producer) and Miss Rap Supreme. In 2012 Sacha joined Mass Appeal as Chief Creative Officer. Jenkins’ first feature-length documentary, Fresh Dressed (which tells the tale of hip hop fashion), premiered at the 2015 Sundance Film Festival to rave reviews. Jenkins’ next film, Burn Motherfucker, Burn! – about the so-called Los Angeles "riots" of 1992 and the generations of African Americans who have been abused by LAPD and its historically corrupt system of policing—debuted on Showtime in April of 2017. His documentary Word Is Bond —about the artful crafting of hip hop lyrics—premiered at the Urban World Film Festival and aired on Showtime in March 2018.

Jenkins served as executive producer on the Netflix series Rapture, which launched globally on March 30, 2018. Throughout eight episodes and featuring a broad range of artists -- Nas and Dave East (episode directed by Jenkins) T.I., Rhapsody, Logic, G-Eazy, A Boogie wit da Hoodie, 2 Chainz and Just Blaze – Rapture dives into the artists’ lives with their families and friends, from sitting front row in the recording  studio to grinding on tour, to experiencing the ecstatic feeling an artist feels while moving the crowd.

His latest project Wu-Tang Clan: Of Mics and Men--a four-part doc series that spans 25 years of the seminal group’s career and unpacks all of the obstacles that the ten black men in the group had to leap over during their rise—premiered at the Sundance Film Festival this past January and will release on Showtime May 10th . At Sundance Jenkins also premiered Railroad Ties--a short film that tackles the intersection between the Underground Railroad movement that liberated African Americans during slavery and latter day descendants on a mission to better understand who cane before them.

Jenkins is also a prolific musician. His latest band, The 1865, has been heralded by legendary guitarist and Living Colour founder Vernon Reid as “the only band that matters. Right now.” 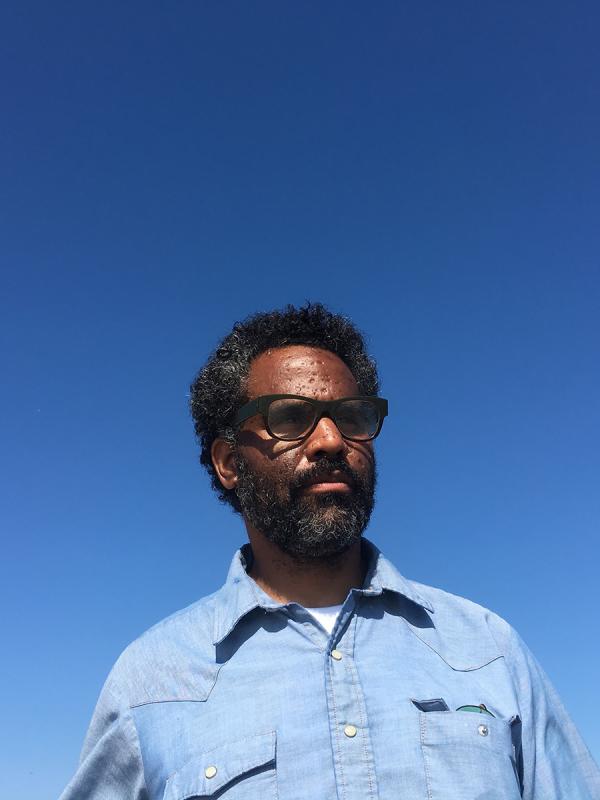